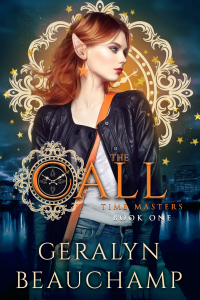 A Scotsman, an Alien and Romance, Oh My!

Shona Whittard must mate or die… Musically talented Shona Whittard had everything she could ask for. Except for the freedom to run her own life and make her own decisions. Little did she know she wasn’t some astounding musical sensation to be envied. But so much more…

Dallan MacDonald must become the next Time Master, stop a war that could destroy the race of Men, and willingly join with a Muiraran Maiden. A creature of incredible power who, stolen as an infant, hidden in another time, and now grown, must mate or die. Easy, right? Sure, if he believed any of it was true.

Can a reluctant Scottish Highland of the past and a twentieth-century young woman with questionable origins come together long enough to save the world? Find out in this fun, time-traveling romp full of action, adventure and of course, romance!

What Others Are Saying About Time Masters:

Time Masters is a fantastic, sweeping epic. In the year 3698, a terrible civil war is on the brink of erupting. To prevent unthinkable ruin, Dallan MacDonald must inherit the responsibility of being a Time Master – yet to earn the title he must earn the love of the nigh-otherworldly Muiraran Maiden. Stolen away as an infant and hidden in another time, she rejects the truth of her nature, and earning her love will be no small task! A race against time to prevent the destruction of civilization ensues, in this dramatic and absorbing saga of heroes, villains, love, and hatred. Midwest Book Review

Brace yourself! This thrill ride will leave the reader exhausted and crying for more in the same breath! Geralyn Beauchamp has penned the first book of what is sure to become a classic. Yellow30 Sci-Fi Reviews 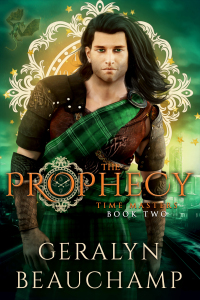 Time Masters 2 The Prophecy picks up where Time Masters Book One; The Call, leaves off. Now in the far future, Dallan MacDonald and his new bride Shona must adjust to life not only as husband and wife, but all that living in a strange new world entails. It’s hard enough for them to wrap their heads around the fact Shona isn’t human, but when her Muiraran parents show up to whisk them away to their alien city, Dallan and Shona’s lives are turned upside down. For the Muirarans aren’t what they expect, and all is not as it seems …

Amidst preparations for the Royal Sutyne ceremony, the young couple and their human counterparts, John, Lany, and Angus, discover great unrest in the Muiraran city. Parts of an ancient prophecy are revealed that speak of a great destroyer, one that can wipe out the Muiraran race, and many believe it to be Shona. The Muiraran Elders are divided on the issue, their King, most of all. Which side is right? Is Shona MacDonald the one the prophecy speaks of, and if so, must he be forced to kill her? The decision is a hard one to make, especially since he just got her back. For Shona MacDonald is the Muiraran King’s long-lost child … 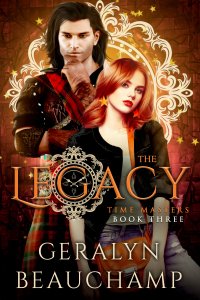 Get ready for the wildest ride yet! Picking up where Time Masters Book 2, The Prophecy, leaves off, the Muiraran palace is in chaos. Dallan MacDonald’s wife Shona was almost killed and now he’ll do whatever is necessary to protect her. Add to that a missing Kwaku Awahnee and the new Time Master has an even bigger problem.

Bartrol has managed to infiltrate the Muiraran palace, seep his way into Dallan’s heart and mind to make one thing perfectly clear. He wants Shona. Now the Muiraran king Jaireth, Shona’s father, must decide what to do. Convinced Bartrol will use his daughter to destroy the Muiraran race, he’s forced to choose between the lives of Dallan and Shona and the lives of his people. Two lives against thousands. How can he possibly save them all?

But when Dallan discovers Bartrol has Kwaku Awahnee as his prisoner, he risks the king’s wrath and sets out with Shona and their friends to rescue him before the inevitable happens.

Separated for too long, Kwaku and Zara will die.

Also Featuring Dallan and Shona and Written with Kit Morgan: 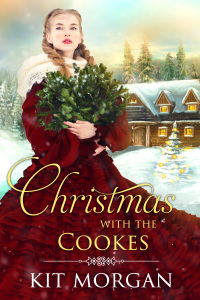 CHRISTMAS WITH THE COOKES

A girl who isn’t what she seems …

Lorelei Carson was different, always had been. She had a tough life and her chances of finding love were next to zero. She worked three jobs, barely got her first apartment, and was still enduring the lashing tongues of bullies from high school. She’d hoped once she moved out of her foster parents’ home that it would stop, but it only got worse. In fact, what was supposed to be the best night of her life became the worst when a borrowed dress is ruined and the shoes that went with it are stolen! Little did she know, her troubles had just begun.

Jefferson Cooke, the eldest son of one of the famous Cooke brothers of the Triple-C Ranch wasn’t looking for love. Why bother when there were no young women around to marry? If he wanted a wife, he’d have to send for a mail-order bride and the thought didn’t appeal to him. In his mind, it was far too risky. His situation, therefore, was hopeless. Little did he know a prospect was about to show up and wearing a funny pair of shoes to boot! But that’s not all that was strange about the young woman put into his family’s care. No, there was more to her than meets the eye and Jefferson was about to find just out how much. But can two people from two different worlds find love? A better question is, can they fight it?

Enjoy this mash-up of two worlds in this sweet, clean, surprise-filled, time-travel romance set against the backdrop of the old west. 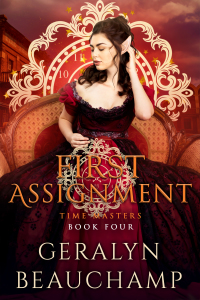